Greg Clarke is an Australian visual artist, performing arts producer and festival director. Over the course of his wide-ranging arts career he has continued to reinvent himself: first as an artist and performer in the eighties; theatre manager, nightclub owner and dance party promoter throughout the nineties; and producer, festival director and arts executive in the 21st century. Now based back in Sydney, Greg is currently focusing on his visual art practice and the design, art and events company, Art Engineers.

As Director and CEO of the Adelaide Fringe from 2010 to 2015 Greg increased annual audiences by 100% to two million, increased ticket sales by 80% to 540,860, increased annual cash sponsorship by 50% to just under $1 million per annum, increased state and local government funding from $1.3 million to $1.7 million and increased the number of events by 50% to 1,048 in over 300 Fringe venues.

In 2012 Greg was named the 25th most influential person in the arts in Australia by The Australian newspaper through his leadership of the Adelaide Fringe. His ability to continuously think outside the square and create clever strategies and bold new initiatives increased both the audiences and the profile of the event, cementing the Adelaide Fringe as the largest arts festival in Australia.

From 2007 to 2010 Greg was Head of Events at the Sydney Harbour Foreshore Authority, where he developed a love of the outdoor public spectacle presenting festivals with attendance figures in the hundreds of thousands in two of Sydney’s major tourism precincts, Darling Harbour and The Rocks. Highlights include Firewater conceived and directed by Michael Cohen that featured a burning ship rising out of Sydney Harbour for the inaugural Vivid Festival and Rocksong – a festival of Australian singers and songwriters.

Greg has also held management roles at Belvoir St Theatre and the Australia Council and was renowned throughout the 1990’s for producing and performing as Jamie James in the infamous Jamie & Vanessa dance parties as well as running the nightclub Spicy Friday at the Lansdown Hotel. In the late eighties Greg pursued his career as a visual artist; performed in alternative art bands Pluto in Paris, Kiss me Stupid and Beautiful & Gorgeous; lived in New York and created the highly successful Sunset Club at the Bondi Pavilion.

Greg has a commitment to presenting the work of Australia’s leading Indigenous artists having produced the Message Sticks Indigenous Arts Festival for 5 years at the Sydney Opera House and developing key indigenous events at the Adelaide Fringe. Greg also has a passion for commissioning and creating unique ‘theatrical adventures’ that are often large scale, outdoors, site specific, involve audience participation and cross art-forms. For the Adelaide Fringe he designed a giant illuminated disco cuttlefish, devised Window World a special free event featuring performances in windows of the State Library of South Australia and The Sirens, a large-scale, illuminated and stunning piece of outdoor visual theatre that combined lights, dance, music and engineering.

Greg’s most recent visual artwork are his highly stylized geometric abstract photomontages in which he saturates the colours of his photographs to heighten each other’s effect. They can be viewed and purchased on his online art gallery at greggallery.com 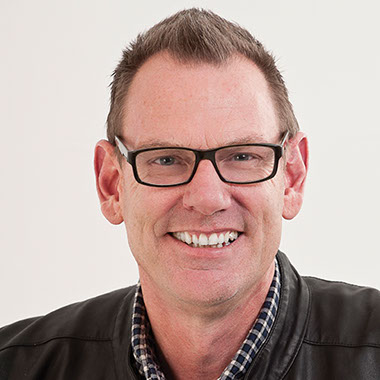