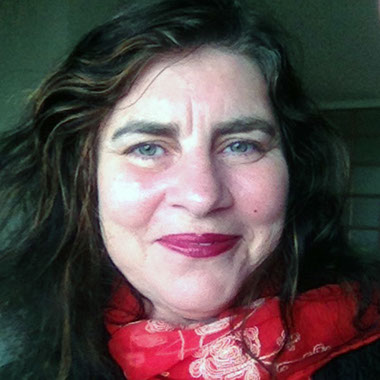 With over 25 years experience in the Australian and international arts and culture sector, Julianne Pierce provides consultancy to artists and arts organisations on strategy, project development and grant submissions. As a Creative Producer she initiates and delivers projects across performing, visual and media arts. Julianne is passionate about innovative and bold cultural projects that engage with audiences in new and exciting ways.

Julianne was Creative Producer for the 2016 Adelaide Fringe, heading up the Programming and Production department. She oversaw delivery of all Fringe produced events including the Fringe Parade which attracted over 60,000 people and the spectacular Fringe Illuminations projections onto the Art Gallery of South Australia, State Library, SA Museum and University of Adelaide.

From 2012 to 2014 she was Executive Director of Australian Dance Theatre, relocating back to Australia after five years in the UK as Executive Producer with artists company Blast Theory.

She was Visual Arts Curator for the Adelaide Festival of Arts 2006 and 2008 overseeing the visual arts program and Artists’ Week and from 2000 to 2005 was Executive Director of Australian Network for Art and Technology (ANAT), Australia’s leading organisation working at the intersection of art, science and technology

Julianne has curated events and exhibitions including Double Helix conference on moving image and visual arts 2009 Adelaide Film Festival; Primavera 2003, the annual exhibition of emerging Australian artists for the Museum of Contemporary Art, Sydney and Biomachines performance event for the 2000 Adelaide Festival.

Julianne is a founding member of the influential computer artist group VNS Matrix, who formed in 1991 and continue to have their work included in significant exhibitions and publications worldwide. She was Chair from 2006 to 2013 of the International Symposium on Electronic Art (ISEA) a major annual gathering of the international art and technology community held each year in a different location around the world. From 2013 to 2015 she was Chair of Emerging and Experimental Arts at the Australia Council for the Arts.